Over the past year or so, CBD has become a thriving and fast-growing segment of the cannabis industry, and if experts are be believed, it is expected to grow further in the coming years. In such a situation, it is only natural for investors to consider having a look at some of the CBD penny stocks in the market. It should be noted that CBD is still a relatively new industry, so there is potential for even some of the smaller operators to eventually make it big.

Plenty of new CBD brands and companies have emerged in recent times, thereby making it difficult for investors to identify the right CBD penny stocks to invest in. The warning from the United States Food and Drug Administration recently has also put a spanner in the works, making it difficult for CBD companies to start working on new products. While the size of the marked was earlier pegged at $20 billion in 2022 by BDS, BDS has since revised its estimate to $12.3 billion.

Here is a look at three CBD penny stocks that ought to be on the watch lists of investors. 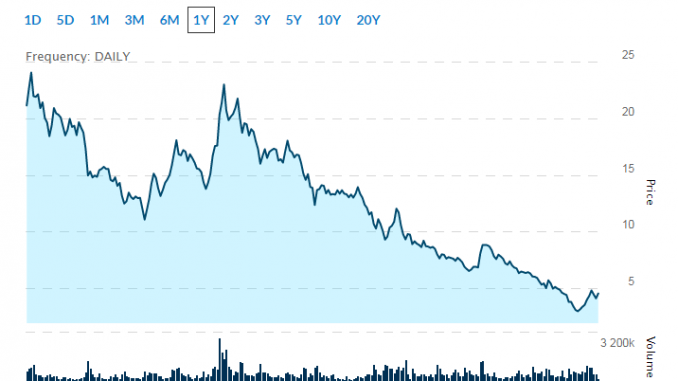 Charlotte’s Web Holdings is the biggest player in the United States CBD industry, and the company’s performance is regarded as an indication of the state of the industry at large. Charlotte’s Web stock has had a torrid time as of late; in March, it went below the $3 a share level.

The company has a market cap of $440 million at this point, and the sales target for the year was $350 million. The various regulatory issues have come as a blow to the sector, but if there is a recovery in the CBD space, then it is almost certainly going to be reflected in Charlotte's Web's stock price. The acquisition of Abacus Health Products is a significant development for Charlotte’s Web since it gives the latter access to more than 15,000 retail outlets.

Additionally, Charlotte’s Web will gain access to 16,500 health providers. If the FDA does remove the regulatory block on CBD-based food products, it could prove to be a major boost for the company. 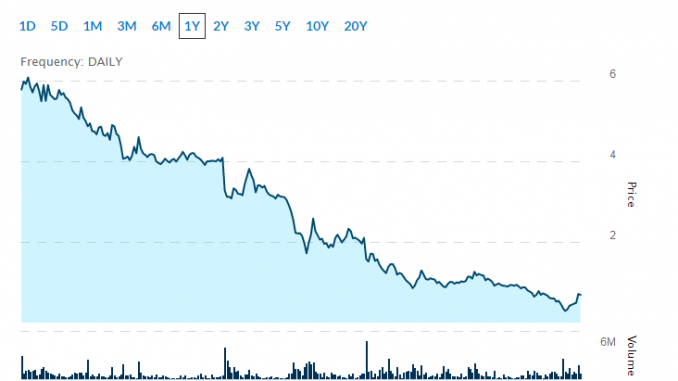 Another CBD penny stock that could be under consideration at this point in time is CV Sciences Inc. The company has made its name for itself through its PlusCBD Oil brand, which is currently available in 3,000 retail outlets across the United States.

Even before CV Sciences released any products in 2019, the company had been growing consistently; in 2018, it grew its revenue to $48 million from $20 million in one year. The passage of the Farm Bill in 2018 also proved to be a major boost for CV Sciences as it allowed the company to transport hemp across state lines and distribute its hemp-based CBD products across the country.

In 2019, the company launched a new CBD product and struck up agreements to sell it through Harris Teeter and Kruger. Annual sales grew 11% year-on-year to hit $53.7 million, but in Q4 2019, sales dropped by 34% to $9.4 million. In addition to that, CV Sciences made a loss of $17.2 million in 2019 as opposed to an operating income worth $10.2 million in 2018. CVSI stock is one of the CBD penny stocks that investors may want to track at this point. 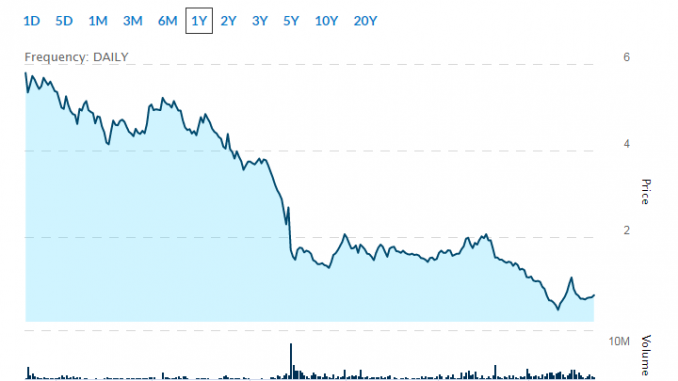 KushCo stock has emerged as a CBD penny stock to watch closely. The company announced its fiscal second-quarter results earlier this month, which proved to be a bit of a disappointment.

Revenue fell by 14% year-on-year to decline to $30.14 million, and while that is disappointing, it should be noted that KushCo managed to marginally beat analysts’ estimates of $30.13 million. The adjusted net loss for the quarter came in at $17.5 million, which works out to $0.16 per share. However, that is significantly worse than the $7.8 million loss that it had suffered last year.

The panic regarding vaping products seems to have been the company’s main undoing. On top of that, its sales in California dropped considerably, hitting its bottom line. However, investors need to note that KushCo CEO Nick Kovacevich stated during the earnings call that revenue is expected to be steadier from now on.