There are very few industries that have been spared from the damage caused by the coronavirus pandemic in recent days. However, that does not mean that it is not the time to look at certain stocks that could do well later, and one such category of stocks is CBD penny stocks. The cannabis industry at large may have faltered over the past months, but the CBD industry has grown at an impressive pace, so it could be worthwhile for investors to take a look at some of the CBD penny stocks in the market.

The markets may be in turmoil at this point in time, but investors need to keep in mind that there is potential for massive growth in the CBD sector. The passage of the updated Farm Bill back in 2018 made industrial hemp cultivation legal across the United States, which came as a major boost to the industry. CBD is now one of the most important factors behind the growth of the medical cannabis industry, so investors could track certain CBD penny stocks in the month of April to see whether things really will take off. Here is a quick look at three CBD penny stocks that could be tracked by investors at this point. 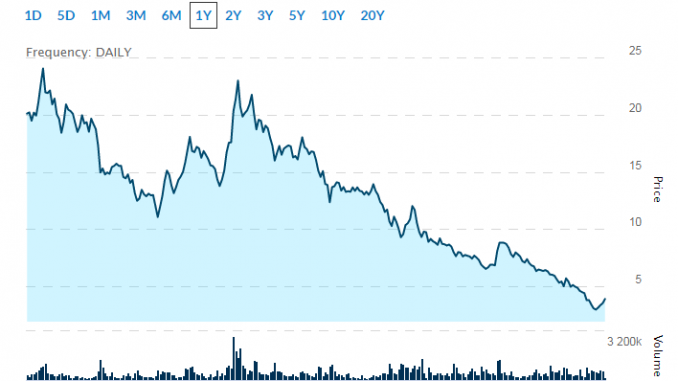 Charlotte’s Web Holdings is quite simply the biggest player in the CBD space at this point in time by capturing large portions of the market through its hemp-based CBD products.

Like other stocks, Charlotte’s Web stock has also had its share of trouble during this massive market selloff, but on Monday, the stock actually gained by 13.1% and another 185% this morning after the company made a major announcement. Charlotte's Web announced that it has acquired Abacus Health Products in a deal worth $68 million. The transaction has been done entirely in stock.

>> 3 Pot Stocks to Watch After the Recent Crash

Moreover, the company’s retail presence will also be boosted by another 4,000 stores to take the total to 15,000. Despite the hammering received by cannabis stocks yesterday, CWEB stock emerged as a clear winner and for good reason. It could be the stock to watch out for in April. 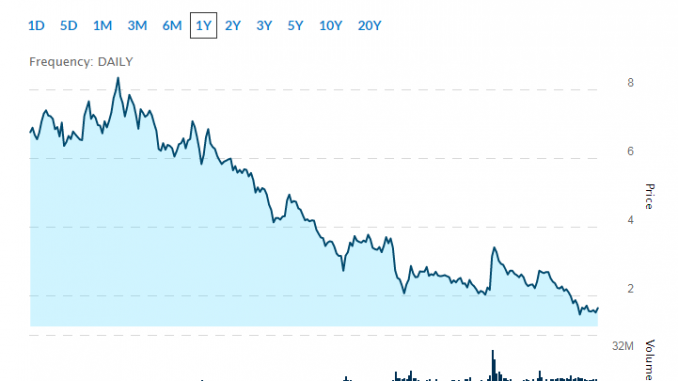 Investors looking for a CBD penny stock play in April could also consider having a closer look at Organigram Holdings. The company has emerged as one of the major players in the CBD market in recent times. On Monday, the company announced that it is taking steps for the safety of its employees and customers against the coronavirus pandemic.

In order to promote social distancing at this time, the company is going to lay off many of its employees. Organigram added that such a reduction in the workforce is also going to lead to a reduction in packaged goods and production. Now, clearly, this measure is also going to affect Organigram's bottom line to a considerable degree, so it is necessary for investors to keep an eye on the stock in the month of April to see how it is faring.

Back in January, the company released its financial results for the first fiscal quarter of 2020, and the performance proved to be highly encouraging.

The company produced C$25.2 million in revenue, which beat analyst estimates and accounted for 102% year-on-year growth in the quarter. Investors could put this stock on their watch lists for the coming month. 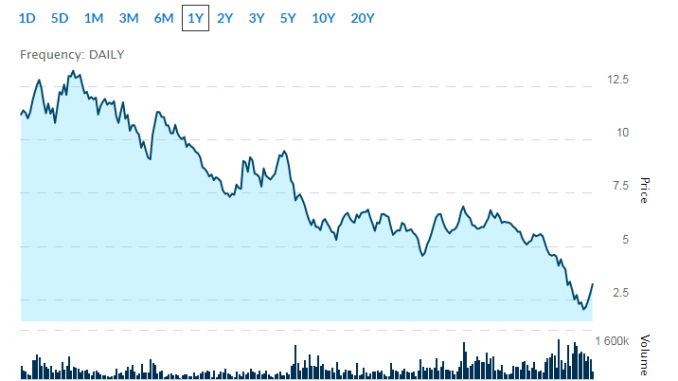 In its third-quarter results, Cresco Labs revealed that it had $73.7 million in cash and cash equivalents as of September 30, 2019, while it spent only $18.7 million towards its operations in the first nine months of the year. However, it should be kept in mind that the company is based in the United States, and the ongoing lockdown there is almost certain to have an adverse effect on its bottom line.

The company’s cash balance might not be of much consequence if its sales take a significant hit. Moreover, it is unlikely that the United States government is going to provide any relief to the cannabis industry. The coronavirus pandemic has put entire industries into a tailspin, and it is still not clear what sort of effect this will have on companies like Cresco.

This CBD penny stock is already down 75% in 2020 so far, and a better indication of its direction will perhaps be available in April.