The cannabis industry was in trouble long before the coronavirus crisis commenced some weeks ago, with most pot stocks recording declines. While the current market sell-off has affected many pot stocks over the past days, there could be a silver lining in there for some companies. The coronavirus pandemic has led to a lockdown in many cities, and due to that, thousands of people are now holed up in their homes throughout the day. Due to the state of affairs, marijuana sales have gone up considerably, and that has, in turn, resulted in many pot stocks rallying.

A closer look at the dynamics of the marijuana market clearly shows that the demand for the product is skyrocketing. The sales of marijuana have more than doubled in the lucrative market of California, and in Washington State, it has soared by as much as 50%. In such a situation, it is only natural that pot stocks have rallied. Market experts believe that such a spike in sales might be going on in other states as well. In that light, investors could consider having a look at these 3 pot stocks under $1. 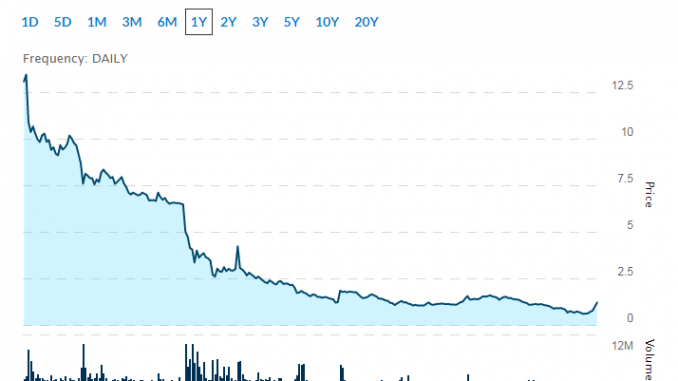 Over the past year or so, CannTrust has gone through a lot of trouble owing to its regulatory issues. The company’s cultivation license was suspended by regulator Health Canada last year after it was discovered that CannTrust had produced cannabis in five unlicensed rooms. The company was hoping to get its license reinstated this year, but, unfortunately, another setback has complicated matters. This week, CannTrust announced that Health Canada is going to slow down its site inspection activities, which means it could take longer than expected for CannTrust to get its full license back.

>> 3 Marijuana Stocks to Watch After the Coronavirus Sell-Off

The reason for Health Canada's decision is related to the coronavirus, and the resulting social distancing that governments are encouraging businesses and individuals to take to combat the spread of COVID-19.

A former employee at the regulatory body stated that the slowdown in inspections from Health Canada is entirely unsurprising. At the end of the day, Health Canada is duty-bound to protect the safety of the citizens of the country. Investors could keep a close eye on the company’s stock over the company days to see how this slowdown may impact its price. 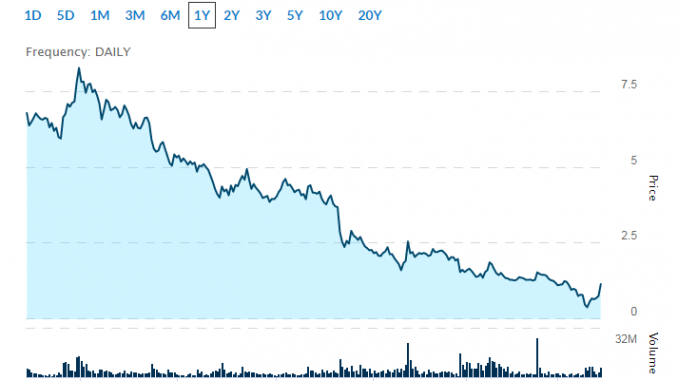 Some cannabis stocks might be flying, but HEXO is currently trading below $1 for a reason. The stock has been in the middle of a downward spiral for quite some time, and over the past days, this has only intensified. Last Tuesday, HEXO stock slid by 19% and continued the downward spiral thereafter. The sell-off has prompted fears that HEXO could be delisted from the NYSE. Analysts have also raised concerns about the company’s ability to stay in business in the long-term.

There have been several red flags surrounding HEXO in recent months. For example, the company delayed announcing its second-quarter results. At the time, the company revealed that it had suffered an impairment loss. There was hope that Cannabis 2.0 products could turn the company around, but analysts now think that this is unlikely. Moreover, the pandemic has forced the company to delay the launch of its Cannabis 2.0 products. At this point, HEXO is in the middle of considerable trouble, and a possible delisting from the NYSE could result in further trouble. 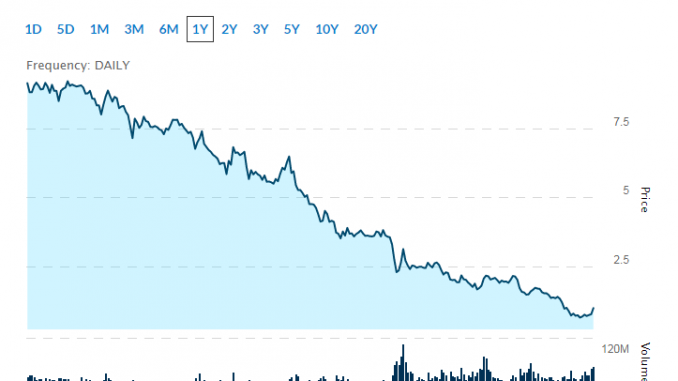 There was a time when Aurora Cannabis was regarded as one of the biggest and most promising companies in the cannabis sector. However, things have changed dramatically for Aurora in recent months. The recent meltdown in the markets has come as a rude shock to Aurora stock. In the past 12 months, ACB has crashed by 90%, and in the last quarter, the company recorded an adjusted EBITDA loss of C$11.7 million.

Sales have dropped over the past two quarters as well. In the latest quarter, sales dropped from C$75.2 million to C$56 million. The current stock price signifies the sentiments about the company. As of the last quarter, Aurora had C$156.3 million in cash and cash equivalents. However, over the past six months, the company spent C$229.6 million. In order to turn itself around, Aurora Cannabis needs to appoint a permanent CEO, for starters.

One glimmer of hope, however, comes in the form of a rumor that the Alberta government is considering throwing a lifeline to the beleaguered company. If that happens, then this popular pot stock could see a bump.