The CBD industry has grown at a highly impressive rate over the past year or so, and if experts are to be believed, it is going to grow into a multibillion-dollar industry in the next five years. Since many of the smaller companies in the industry could eventually grow into major players in this space, it could be worthwhile for investors to take a closer look at some of the CBD penny stock gainers. However, at the same time, investors should also keep in mind that the recent warnings from the United States Food and Drug Administration have proven to be a major blow to the sector at large.

CBD penny stocks offer investors an opportunity to buy into a growing sector for a relatively low outlay. If those companies eventually grow into medium or large CBD companies, then the payoff could be substantial for investors. Over the the past few years, plenty of new CBD companies have been established, and well-known cannabis companies have also set up their own CBD businesses in addition to their regular businesses.

Here is a quick look at four CBD penny stocks that could be tracked by investors at this point in time. 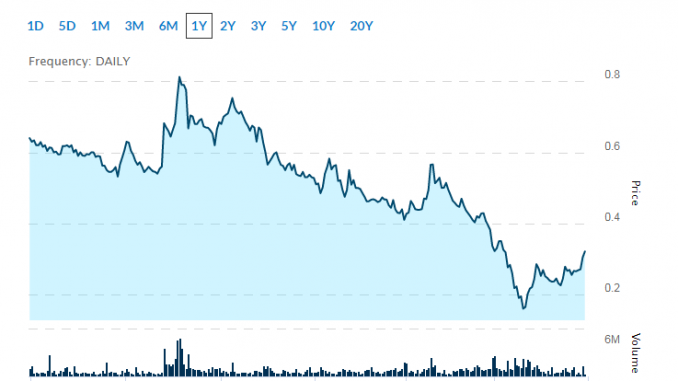 Auxly Cannabis has emerged as a viable option for investors who might be looking to invest in CBD penny stocks. Auxly stock has rallied since the middle of March, gaining 110% since then

Earlier in April, the company made a major announcement. Auxly announced that its fully-owned subsidiary, Dosecann LD, has entered into an agreement with Nature Corps International for exclusive global rights for Omega Rich Ahiflower Oil. The oil in question is going to be used in cannabis products. 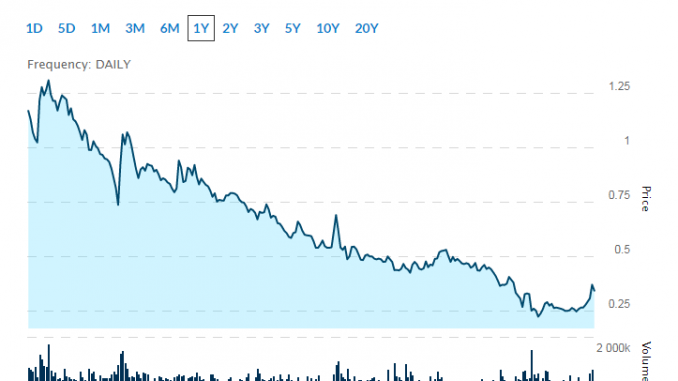 One of the CBD penny stocks that ought to be on the radars of many investors at this point is Aleafia Health. On April 17, the company provided an update on some of its growth initiatives. Since mid-March, Aleafia has managed to conclude as many as 3,300 patient consultations through its virtual clinics.

Aleafia also announced the launch of the home delivery of medical cannabis products for patients who are registered in Toronto. The stock has rallied by 50% over the past two weeks.

It could be worthwhile for investors to keep in mind that Aleafia will announce its first-quarter financial results on May 13 before the opening of the markets. This could be a key event with regards to the fortunes of Aleafia stock. 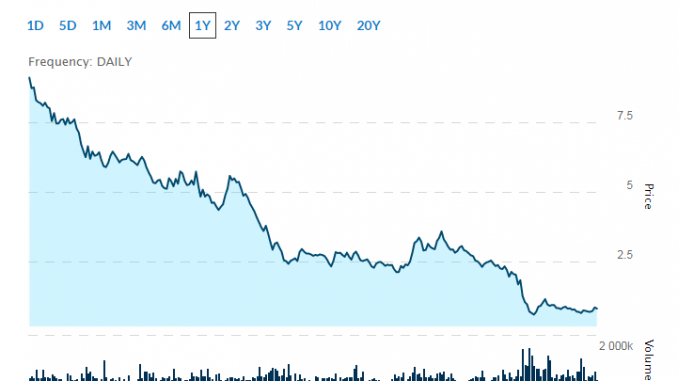 Over the past year or so, Harvest Health has emerged as one of the key players in the CBD space, and it is little wonder that it is generally regarded as one of the more important CBD penny stocks in the market. Earlier in April, the company posted its financial results for the fourth quarter of 2019, and in recent days, the stock has rallied strongly. Over the past seven trading sessions, it has rallied by 30%.

The revenue for the period stood at $37.8 million, falling short of analysts’ expectations of $39.5 million. Adjusted EBITDA losses for the quarter came in at $6.8 million, which was higher than analysts’ estimates of $3.23 million.

The company added that in 2019, it opened 21 new retail outlets, and the total number of stores under its control as of year-end stood at 31. 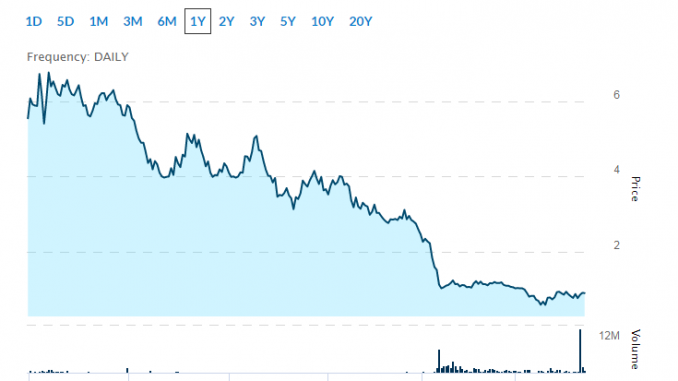 cbdMD has emerged as another CBD penny stock to have rallied hard over the past month or so. Earlier in April, the company announced preliminary second-quarter sales of around $9.4 million. Analysts had estimated sales of $12.3 million.

The company withdrew its projections for the full year in light of the coronavirus crisis. YCBD stock has, however, performed well, gaining 50% in the past month. While the company did expand its presence to 5,300 retail outlets, it is important to note that in the second quarter, 70% of its sales were generated from online channels.

Gross margins for the period stood at 65%. The company ended the month of March with a cash balance of $14.5 million. This may not be a lot of money under the circumstances, but it does give cbdMD some sort of cushion for the time being.