The CBD industry has grown at a remarkable pace over the past year or so, and it is no surprise that investors are on the lookout for the best CBD penny stocks to invest in. The CBD market is expected to grow in the years to come, and perhaps the most important trigger for its growth was the Farm Bill 2018.

By way of the updated Farm Bill, industrial hemp was legalized across the United States, and that opened the floodgates for hemp-based CBD in a big way. It allowed CBD companies to have the freedom to operate is business both inside and outside of the United States.

While it is often described as a separate segment of the larger cannabis industry, several big-ticket cannabis producers have also entered the industry. For instance, Canopy Growth (TSX:WEED) (NYSE:CGC), which is the biggest cannabis company in the world by market cap, has entered the industry, and Aurora Cannabis (TSX:ACB) (NYSE:ACB) is also expected to enter the space soon.

However, both companies have seen their stock prices crash in recent months, so investors might need to look elsewhere if they are looking for the best CBD penny stocks. On that note, here is a look at four CBD penny stocks trading under $5 that could be tracked by investors who are willing to bet on this sector. 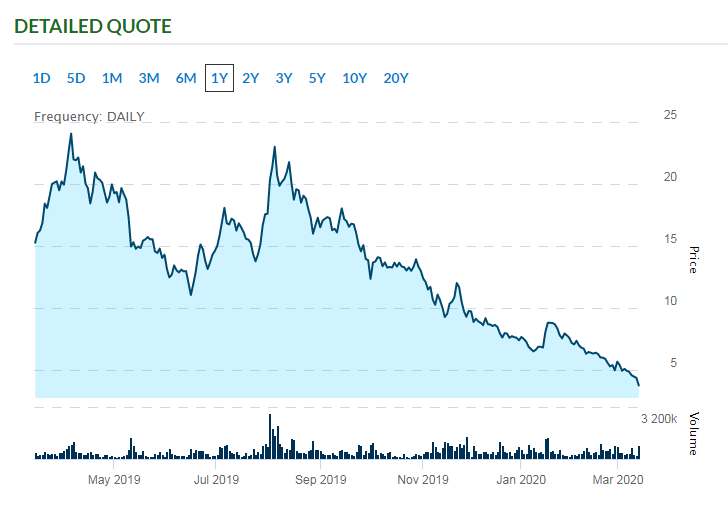 Charlotte’s Web Holdings is the biggest player in the CBD market, but the stock has crashed in recent times due to the panic in the markets thanks to the coronavirus pandemic. Charlotte’s Web stock is down by 50% in 2020 so far, and over the past month, it has tanked by 40%. The carnage continued on Thursday, as Charlotte’s Web stock recorded declines of 13.5%.

The crash has been attributed to the widespread selloff in the stock market owing to coronavirus fears. That being said, it should be noted that a main concern for Charlotte’s Web is whether the majority of consumers go into self-isolation and stop buying products in stores. However, a large portion of the company’s sales are done online, so self-isolation may not be such a problem after all (so long as the internet holds out). 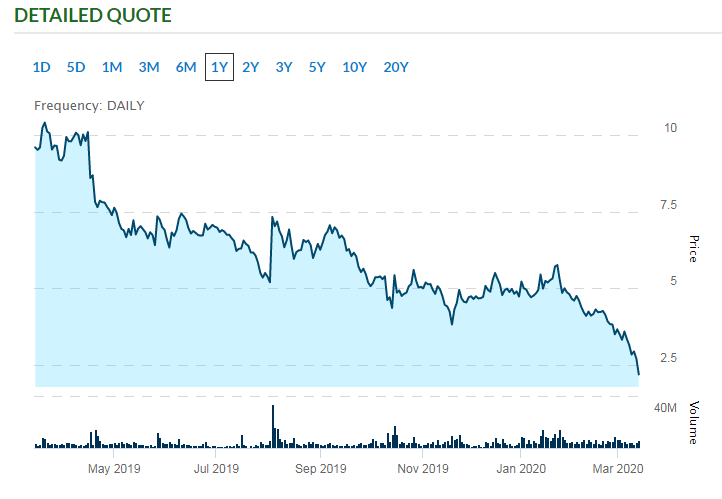 Another CBD penny stock that could be tracked by investors is that of Aphria. The cannabis company has bet big on CBD products, and even during this market selloff, it has emerged as one of the few cannabis companies with great promise. The company has a record of profitability in an industry that is notorious for deep losses, which could lead Aphria to becoming one of the best CBD stocks in the market.

In addition to being profitable, Aphria also boasts of a strong balance sheet, and at this point, it has a cash balance of C$497.7 million. The company could use that money to further expand its business. Last but not the least, Aphria stock trades at 2.1 times its forward sales, and that’s cheaper than companies like Canopy or Aurora, which trade at 4.9 and 15.7 times their sales, respectively. It is quite clear that Aphria stock could have a lot more upside in the long run. 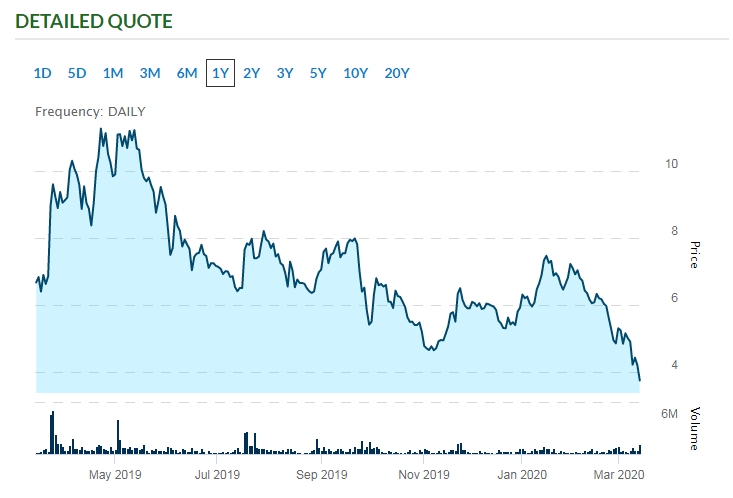 Although it missed revenue estimates in its latest quarter, the stock still recorded gains. Since early November, Curaleaf stock is down only 20%, and that is commendable performance considering the current turmoil in the markets. 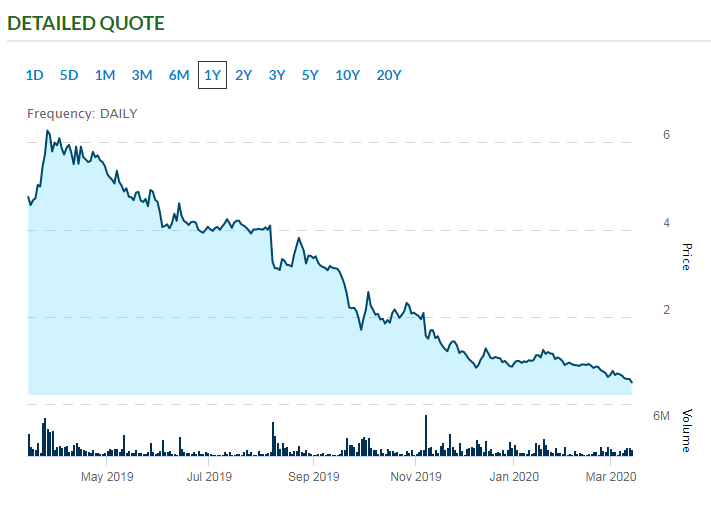 CV Sciences has emerged as the biggest producer of CBD oil in the United States and sells its products under the brand PlusCBD. In addition to that, the company also has a pharmaceutical arm that makes CBD-based products for specific conditions. It has started building its new 45,000 square foot facility.

Last year, CV Sciences generated earnings of 9 cents a share, but due to costs involved with expansion, it recorded a loss of 4 cents a share this year. Although CVSI stock is down by 40% this year so far, it is trading at less than 4.50 times its sales, and that makes it a promising stock, considering the potential growth in the future.

The current crisis in the market may be tough for investors due to higher volatility. However, if one is still thinking long-term, then it could be a good time to pick up some CBD penny stocks at a lower price.

3 Pot Penny Stocks to Watch Under $2 This Week

The marijuana sector has taken off in a big way over the past two years or so, and there is a lot of interest in pot penny stocks among investors. It is a sector that …