The stock markets in the United States are currently in a state of turmoil due to the escalating coronavirus crisis. The bull run that ran for around a decade eventually had a bearish phase last week. The troubles are not over by any stretch, and it appears that the weakness might continue for some time. In turn, it could have a major effect on corporate earnings, so investors need to be careful when it comes to choosing stocks. One of the sectors that might be under consideration for many investors is the pot stocks sector. It is still a nascent industry and has had its fair share of troubles in recent times.

However, despite the recent struggles, it remains an attractive long-term opportunity for some. Cannabis is expected to be legalized in many nations, including the United States, over the course of the coming years, and if that happens, then the market may expand considerably. From pot revenues of $10.9 billion in 2018, it could balloon to $50 billion in 2030, and therein lies the attraction for pot stocks. That being said, investors need to know which stocks to avoid, and in this regard, it is essential to know about the stocks that have recorded significant declines owing to the recent troubles in the market. Here is a look at four such pot stocks. 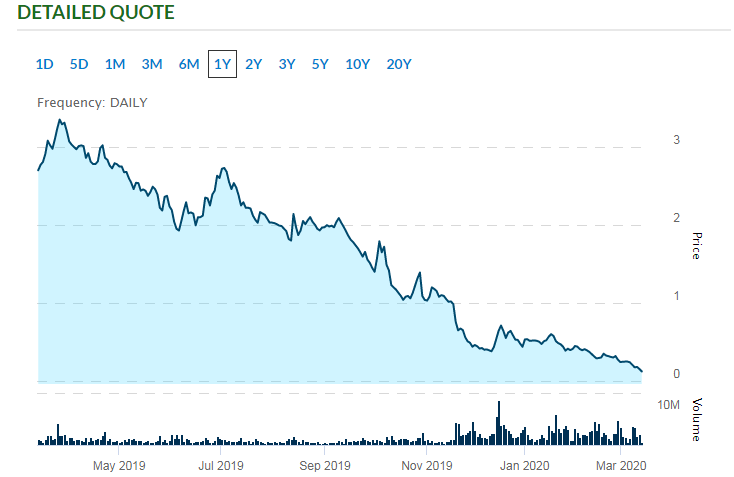 MedMen Enterprises was one of the more important pot stocks in the cannabis space back in 2018. The announcement of the PharmaCann deal worth $682 million in 2018 also created a lot of positivity around the company. It seemed that MedMen could emerge as one of the leaders of the cannabis industry in the United States.

However, the company eventually pulled the plug on the PharmaCann deal after a year, and it seemed MedMen’s cash problems were to blame for this.

Last December, the company announced that it only had $26 million in cash and had also lost access to the $115 million worth of financing from Gotham Green Partners. In addition to that, growth has slowed considerably in the company’s main market in California. This explains why MedMen stock is not on many investors’ watch lists right now.

Another of the pot stocks that could be avoided at this point is that of Canadian cannabis firm Tilray Inc. In July 2018, Tilray was the first Canadian pot company to get listed on a major US exchange, listing for $17. After a major bull run, Tilray stock soon tanked and is now trading at a 52-week low of $6.04.

While bizarre announcements from the CEO about focusing more on the United States and Europe did hurt Tilray, its cash position has also weakened the company considerably. Its cash position has declined from $517.6 million to $97 million; much of that depletion is due to acquisitions and losses. Its foray into the US CBD market might not work out either, considering the recent comments from the FDA. 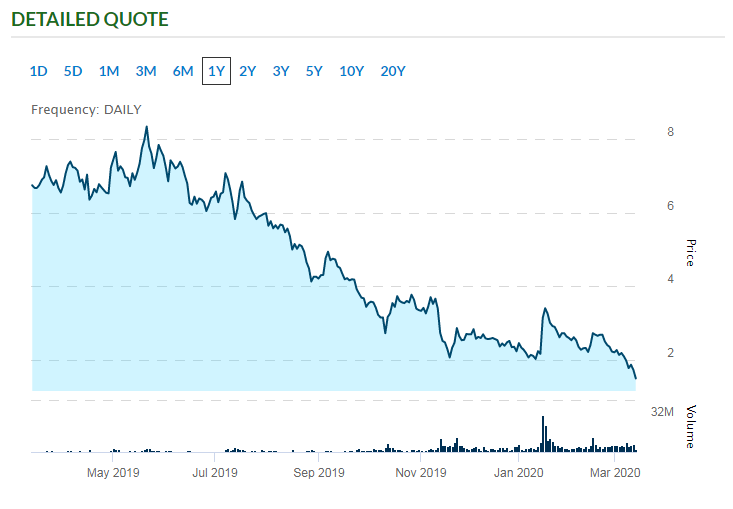 Another pot stock that experienced considerable declines in recent times is Organigram Holdings, which hit a new low this week. Having developed an extremely efficient operation in Moncton, Organigram has some clear advantages over its peers. It only has one facility, and that allows it to be one of the most efficient cultivators.

Organigram stock declined by as much as 25% so far this week. However, it should be kept in mind that the company is expanding its Moncton facility and is all set to have a capacity of 113,000 kilos a year. The yield per square foot is going to go up to 230 grams. The rollout of new stores in Canada could prove to be a major boost for the company. Investors may want to keep an eye on Organigram stock for further developments. 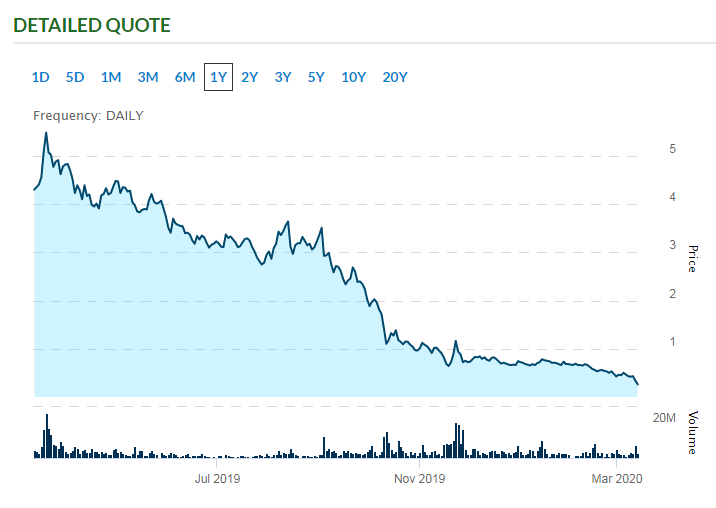 The Green Organic Dutchman’s stock has also had a terrible time over recent days due to the company’s massive losses in the fourth quarter. The company announced that its net losses jumped to C$145 million in the quarter that ended on December 31, 2019.

The losses were a result of C$127.7 million worth of impairment charges. The losses went up quite significantly from the previous quarter when TGOD made a loss of C$20 million. The company’s cash position is also in an alarming territory, and as of the end of 2019, TGOD had cash and cash equivalents of C$213 million. That works out to seven weeks of operational costs for TGOD. Management assured that the company aims to be cash-flow positive this year, but time will only tell whether this will happen or not.

Pot stocks have been under considerable selling pressure in recent days, and there is no indication about a bottom yet. Investors should study pot stocks before investing. It could be worthwhile to wait for the cannabis space, along with the wider market, to stabilize.

3 Pot Stocks to Watch Closely in 2020 Amidst Coronavirus Outbreak

The cannabis industry has been in trouble for around a year now, and many of the stocks have seen record declines during this period. Many pot stocks suffered from issues of oversupply, slow rollout of …