The sell-off in the market in recent days has affected stocks from almost all sectors, and in that regard, marijuana stocks have not been an exception. Many of the pot stocks in the market suffered considerable declines in recent days, and the latest selloff is particularly damaging since the stocks in the sector have performed poorly for many months now. All marijuana stocks have lost a minimum of 15-20% this year so far, and in fact, there are many stocks that have lost as much as 40% this year so far.

In this regard, it should be noted that while much of the recent declines could be laid at the door of the coronavirus pandemic, there are other issues that have plagued the industry as well. Poor sales, failure to make profits, the oversupply of product, and the slow rollout of stores are some of the factors behind the poor performance of marijuana stocks. 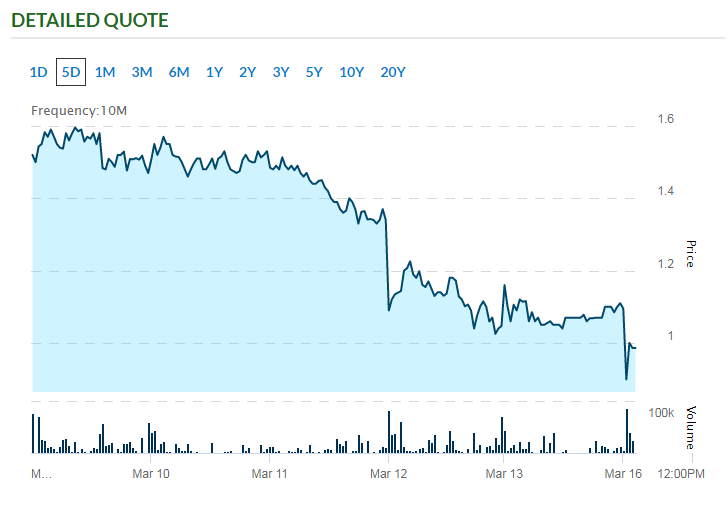 Rival extraction firm The Valens Company (TSXV:VLNS) (OTCQX:VLNCF) is gunning for an annual production capacity of 1 million kilos, but it is perhaps a good thing that MediPharm is not focused on expanding its capacity this aggressively. Lower production capabilities allow the company to be much more efficient in a difficult market.

>> Top 4 Cannabis Penny Stocks Under $5 to Watch This Week

Unlike many cannabis companies, MediPharm is profitable, and the secret of that lies in its various long-term contracts. MediPharm’s contracts have mostly all been signed for 12 months to 24 months, which helps the company to have a relatively predictable cash flow. 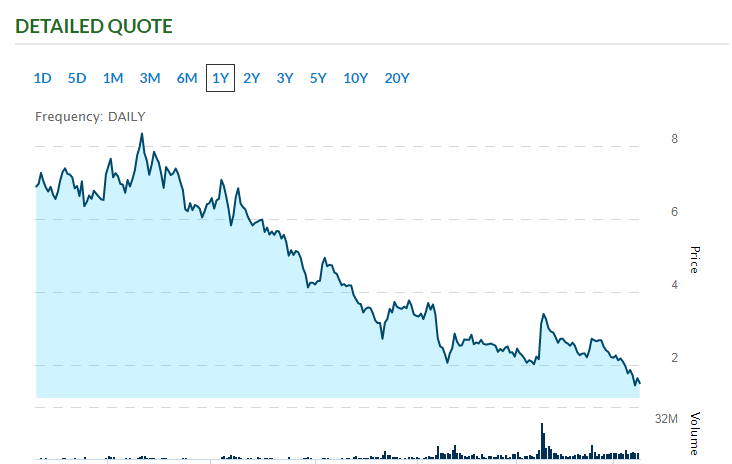 Another marijuana stock that could be in line to generate considerable returns in case of a recession in North America is Organigram Holdings. One of the most important things to keep in mind with regards to Organigram is that it only has one licensed production facility. This allows the company to run a tight ship and keep costs under control. Other companies have established a number of facilities and have found it difficult to regulate their production levels to match the market demand.

However, Organigram is also in the process of expanding its facility at Moncton and raise its production levels to as much as 113,000 kilos a year. It is also one of the most efficient cannabis producers, and at this point, the company has a yield of 230 grams per square foot.

Because of all this, the company does not have a lot of expenses coming up, and with the launch of cannabis 2.0, Organigram could start growing quickly, irrespective of an economic slowdown. 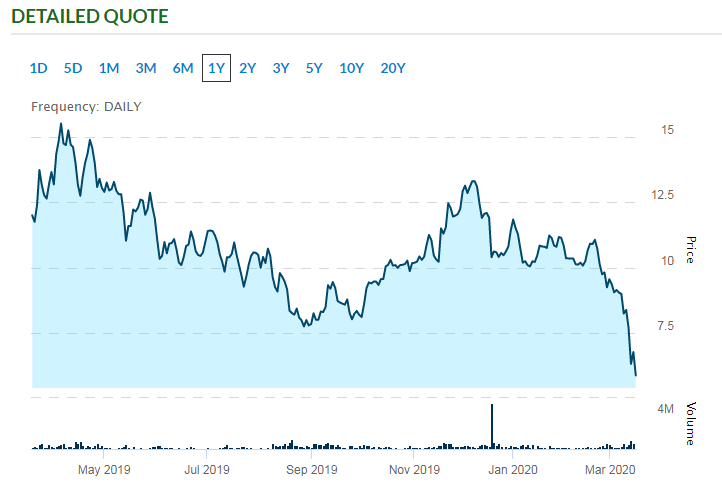 The United States-based multi-state operator, Trulieve Cannabis, is another company that has the possibility of thriving even if there is a recession. Unlike many other companies that have tried to move into as many markets as possible, Trulieve has focused on the markets in the United States where cannabis has been legalized. The company has been particularly aggressive with its move into Florida. 45 out of the 47 licensed dispensaries operated by Trulieve are located in Florida, and that has helped the company to corner a major portion of a key market.

Due to its fierce focus on the Florida market, Trulieve has built up its brand and, consequently, created a strong business. The company’s revenue in the first nine months of 2019 stood at $173.1 million, while its expenses came in at only $50.6 million.

In the same period, Trulieve managed to generate gross profits of as much as $111.5 million. Florida is a highly lucrative market, and if the company can maintain its hegemony in the Sunshine State, then it could continue to thrive. A recession may not have a major effect on its business and prospects.

These are some of the stocks that could prove to be good picks. However, it should be noted that in the middle of a market selloff, it is often difficult to predict a bottom. Investors should consider the current crisis in the marijuana industry and the turmoil in the wider market before making a move.

RIV stock is in the red this week despite Canopy Rivers (TSX:RIV) (OTCPK:CNPOF) announcing that its joint venture with PharmHouse Inc has received a license amendment from Health Canada, which allows it to cultivate throughout …