As opposed to 2019, which was largely a disaster for cannabis stocks, 2020 has been somewhat of a mixed bag. Cannabis consumption is up, but the market is flooded, so turning a profit remains difficult. Still, some companies have been able to turn a profit, and a select few cannabis penny stocks are showing signs of major potential growth. Here are some of the top pot stocks under $5 that you should keep your eye over the next few months. 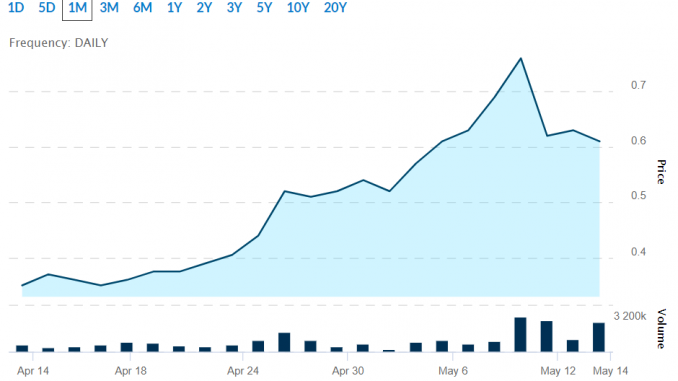 A vertically integrated cannabis LP, Aleafia offers health and wellness services and products in the Canadian and international markets. The company operates the largest national network of medical cannabis clinics and education centers. It operates internationally on three continents.

ALEF has been one of the most resilient cannabis penny stocks on the market this year. At the moment, its share price is roughly equal to its position at the start of 2020, which is rare for the sector. In the last month alone, ALEF has gained 80% of its value.

Aleafia announced its first-quarter 2020 earnings on May 13. For the quarter, the company earned $6.4 million in adjusted EBITDA and $14.6 million in net revenue. Cannabis revenue, in particular, grew 183% from the previous quarter, and 2,486% from Q1 2019. This was Aleafia's fifth consecutive quarter of record revenue.

These results make ALEF one of the most profitable pot stocks. What's more, the company recently closed a $13 million "bought deal" agreement. These encouraging factors have led to some positive attention for ALEF, which has a "buy" rating from TradingView's technical analysis. 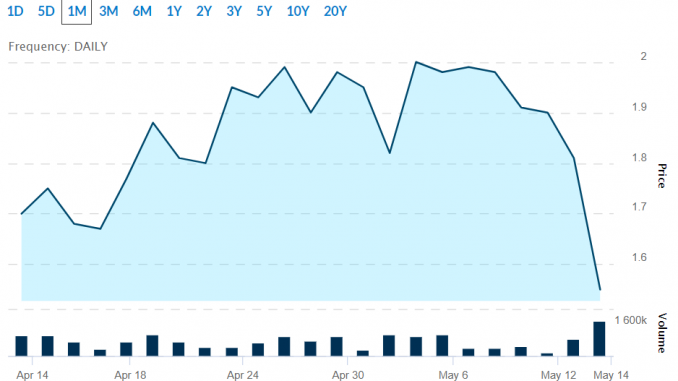 MediPharm Labs specializes in the production of cannabis oil and concentrates, as well as derivative products. The company boasts of an expert team, state-of-the-art technology, and purpose-built facilities for the delivery of precision-dosed cannabis products. In addition, through its wholesale and white label platforms, MediPharm formulates, develops, processes, packages, and distributes cannabis extracts to domestic and international markets.

LABS stock has fallen 56% from its position at the start of the year, making this one of the best-priced stocks on our list. Despite a solid full-year 2019 earnings report published at the end of March, the stock has remained dormant since crashing along with the broader markets.

Providing the company with considerable optimism, though, is one of its international brands. Established in 2017, MediPharm Labs Australia has been a major source of investor excitement for this cannabis penny stock. In the last few weeks, a flurry of headlines have indicated that the company's Australian investments are ready to mature. Most recently, it announced that MediPharm Labs Australia has been granted its GMP Certification. Revenue, it predicts, is not far off.

According to MarketBeat, analysts have given LABS a consensus price target of $4.50. This represents a potential 193.80% upside from its current price of $1.56.

Fire & Flower is an Takeaarra, adult-use cannabis retailer currently focused on capturing significant Canadian market share. It owns or has interests in stores in the provinces of Alberta, Saskatchewan, Manitoba, and Ontario, as well as the Yukon territory. In addition, through a major strategic investment from Alimentation Couche-Tard, Fire & Flower has set its sights on global expansion to new and emerging cannabis markets.

FAF remains down 38.46% from its position at the start of 2020. However, the stock has gained 75% from the worst of the crash, which was experienced in mid-March. After a strong performance in April, FAF is currently trending upwards, and there's plenty of reason to suspect this trend will continue.

On top of that, Fire & Flower recently closed a financing agreement for proceeds of $28 million. The company will use this funding to expand to the rest of Canada before its move to the world stage. A part of its expansion strategy will include at-home delivery, which it has just introduced to the Toronto area.

Though these cannabis penny stocks represent some of the biggest potential gainers this summer, they should be watched closely. As penny stocks, they could grow rapidly in a short period of time or could be dragged down by greater market volatility. So make sure to study the movements of major cannabis players as well.

And, as always, be sure to do your own research before you take a position in any stock mentioned here.