It’s been a devastating week for markets around the world as the spread of the coronavirus, coupled with an oil price war between Saudi Arabia and Russia, led to the worst drops in the Dow Jones and S&P 500 since 1987. The entire US$11.5 trillion gained in market cap since Donald Trump’s 2016 election in 2016 has now been completely wiped out, and the pinch was felt particularly hard among the already depressed cannabis penny stocks.

However, bear markets can be an ideal opportunity for risk-tolerant investors to capitalize on the undervaluation of some stocks, which actually have pretty solid potential. While pot stock investors are well aware of the struggles the market has experienced in both the US and Canada over the last 12 months, the market will eventually recover, albeit probably not to the lofty heights many envisaged prior to legalization. Nonetheless, now is the time to hunt for a bargain in the pot industry, and there’s no better place to start than with the top 4 cannabis penny stocks stocks under $5. 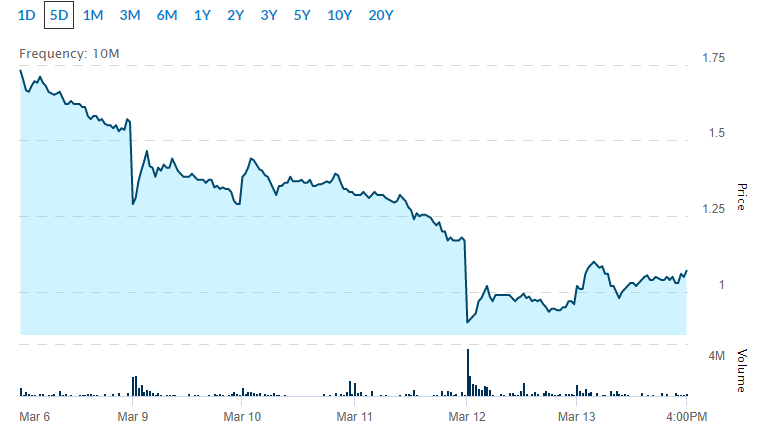 Aurora Cannabis is one of the biggest names in the industry, along with Canopy Growth (TSX:WEED) (NYSE:CGC), but things have gone downhill big time over the last few months. The struggles of the industry as a whole, particularly a lack of retail visibility and the persistent dominance of the black market, have seen over 90% of Aurora’s share price wiped out in the last 12 months. The last few weeks have been particularly bad for investors, with the firm announcing 500 layoffs and the departure of its long-term CEO Terry Booth as part of an effort to turn its fortunes around.

While it remains to be seen if those efforts will yield results, which is now even more difficult considering the current economic environment, Aurora’s current price of just $1.03 could be an absolute bargain for one of the largest and most diversified cannabis companies out there. Cannabis 2.0 products were previously heralded as the saving grace of pot stocks, although that notion has fallen by the wayside now. However, Aurora’s impressive suite of products could drive gains in the long-term once the market reaches maturity. 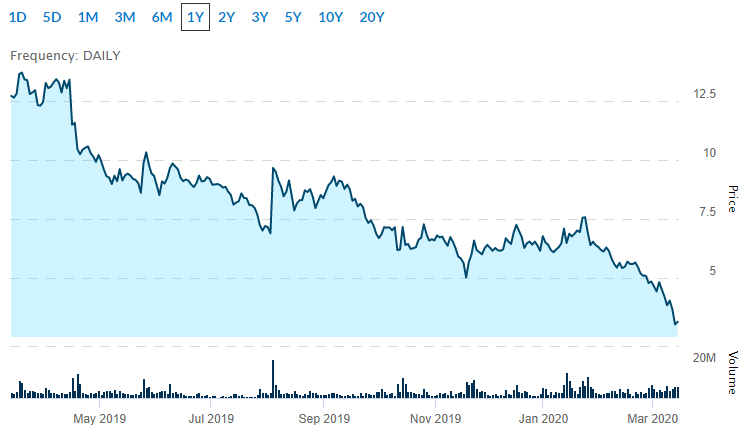 Aphria is a rarity in the Canadian market—it’s one of the only pot firms to produce a profit in 2019, and it did so in two consecutive quarters. Its stock managed to ride out the worst of the losses in the market last year for that very reason, although 2020 hasn’t been as kind. The company posted its Q2 earnings in January, which saw a net loss of C$7.9 million, although this was primarily due to provisions associated with the company’s Tier 3 passive investment portfolio.

Since the release of those results, coupled with the recent market capitulation, Aphria stock has fallen almost 60% from $7.56 in mid-January to currently trade at $3.15. However, unlike Aurora, Aphria has a clear path to profitability and was fiscally responsible enough in recent years to protect itself from the worst of the cannabis market headwinds. Plus, the company is the only licensed producer in Germany, with the permission to grow all three strains of medical cannabis approved by regulators, and the stock could benefit massively from diversifying operations beyond Canada. 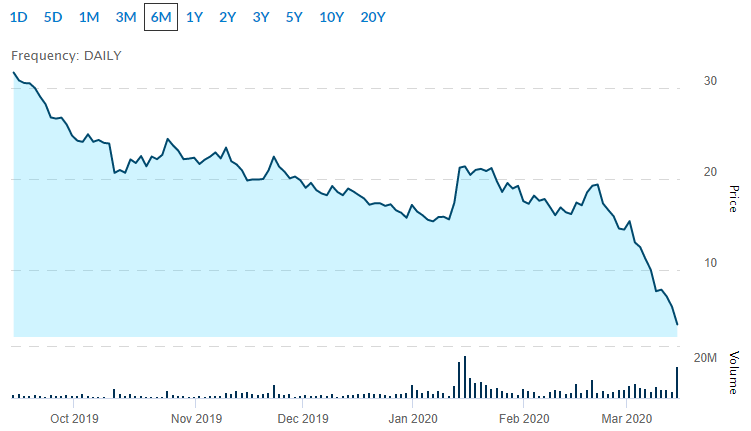 It’s a case of same story, different stock with Tilray, although the losses on this pot stock over the last year have been considerably more severe than many of its compatriots. This time last year, Tilray was trading at over $70. Today, it sits barely above $4.00, but it’s not all doom and gloom. The company IPO’d at $22.45 before ballooning above $200 at one point in what was a massive overvaluation. Prior to the market meltdown seen in recent weeks, Tilray had settled in a range of $15 to $20 for around five months, which suggests it could return to those levels. 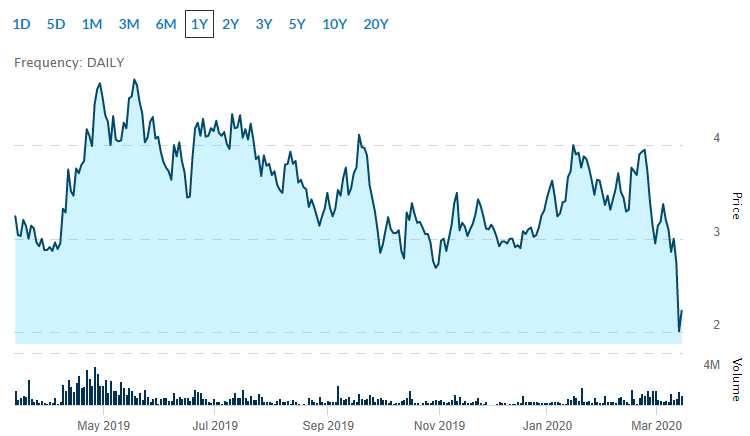 Valens has established itself as the leading cannabis extraction company in Canada—a very small and niche sector that actually services the whole market. Valens’ services are key to many pot producers’ development of cannabis 2.0 products, and as a result, it is another one of the few profitable cannabis firms. In the most recent quarter, the Kelowna-based extraction firm reported an 86% increase in revenue to C$30.6 million and more than doubled its price per gram to $1.25.

Valens stock currently trades for $2.23 and has dipped over 30% since the coronavirus outbreak reached crisis point last week. However, the pot stock is bouncing back over 10% and is well placed to ride out the storm of an economic downturn even if there is a drop in demand for cannabis, given the fact that many major producers rely on it for white label products.

It’s hardly breaking news that pot stocks have been under considerable pressure for almost an entire year now. The current economic climate and widespread market panic has further exacerbated these problems, although it could also be an opportunity for investors to pick up a few solid performers at an unusually slow price—if you’ve got the stomach for risk, that is.

The Alberta-based, retailed-focused High Tide Inc. (CSE:HITI) (OTCQB:HITIF) has spent more than a decade growing its brand presence and strengthening its integrated value chain. This has given the company a highly enviable position in a …